I am slowly adjusting to East Coast time as my fair city slowly tries to get back to normal after last Monday’s senseless violence and the terrifying manhunt that followed. As many of you read last week, I was watching closely from afar, and my friends and family in Boston were constantly on my mind while I was in Europe. 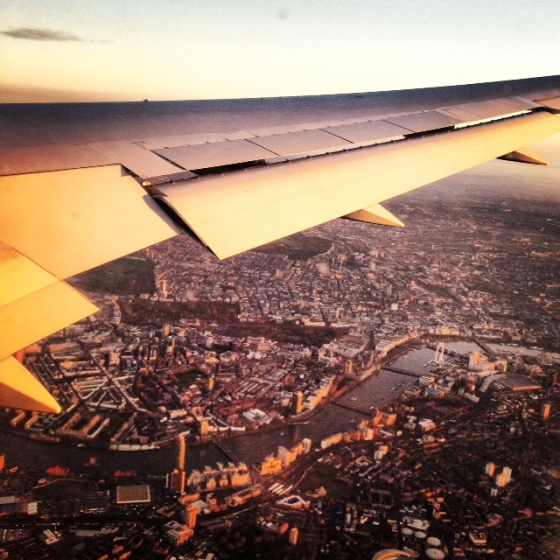 I hadn’t thought of this vacation of mine as an “adventure,” and had not planned to write about it, but as it approached, and I told people my plans, I started to realize that other people thought it was an adventure. I would fly into London to visit a dear friend and head to Paris on my own for several days in the middle of the week, before returning to London for a few more days. It sounded heavenly to me. But the fact that I was traveling to Paris alone seemed to give some people pause. I heard a few “You’re so brave,” and a handful of “I could never do that.”

Could I do that? I never thought that I couldn’t travel by myself, but hearing others’ doubts allowed some of my own to creep in. I had done my research; I had consulted with friends and co-workers who had spent time in Paris, I had rented a flat in La Marais (a neighborhood that stretches across the 3rd and 4th arrondissments that I would compare to the Lower East Side) through airbnb in the hopes of having a more authentic Parisian experience. I had been there before and already checked all the bucket list items off, so I didn’t really have an agenda; I just wanted to wander around, sip wine at cafés and absorb Paris.

Plus, the idea of exploring Pairs on my own felt very mature. It seems like something that an independent 30-something would do. I felt empowered just thinking about it.

When I arrived in Paris I was filled with excitement. I navigated my way from the train station to my flat, greeted it’s owner in my barely conversational French and set out on foot to start my Parisian adventure. I visited the Cathedral of Notre Dame and the Latin Quarter then settled into a cafe to enjoy dinner. I tried to tell my waiter that my meal was delicious, but it seems he thought I said desert. The crème brulee was delicious as well.

My second day in Paris was one of those rare perfect days: it was 72 degrees and not a cloud in the sky…the sun was shining and the birds were chirping. I walked along the Seine, stopping at the Louvre, walked along the Champs-Elysees to the Arc de Triomphe, then across the river to the Eiffel Tower. I found a bench in the Jardin des Tuileries and read a book by a fountain in the sun (and managed to get totally sunburned in the process). 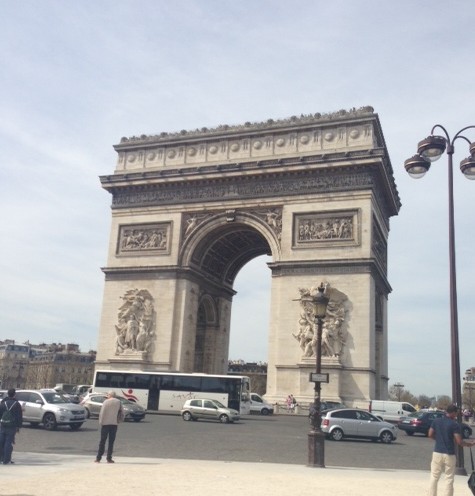 But after six hours of looking at beautiful sights, but not saying more than “Bonjour” to anyone, I started to feel a little lonely. I couldn’t figure out if the language barrier was to blame for my feelings of isolation, or if it was the reality that I was in fact isolated in a foreign land…totally alone. When I saw or read something interesting there was no one to turn to and say, “Boy, that’s pretty cool, isn’t it?” I got turned around a few times on the narrow, winding streets of La Marais, and that only amplified my feeling of isolation. I would like to be able to say that it was out of bravery, but it was really out of desperation that I emailed a friend of a friend whom I had never met and asked if she wanted to grab a drink that night. As an ex-pat who had been in Paris about a year and a half, I hoped she could recall her first days in the city and take pity on me.

She brought me to a French reggae concert. There I mingled and danced (actually it was more like bouncing) with Parisian Rastafarians. This time there was no language barrier; the music was so loud I could have been speaking Chinese for all anyone could tell. It was cool, adventurous and spontaneous — and I had a blast.

As I walked back to my flat after the show I felt that sense of empowerment that I thought this trip would bring me. While that feeling was fleeting — I got lost and had to ask a drunk man who may or may not have been homeless for directions – I felt it!

By the time I headed back to London the follow afternoon I was ready to rejoin my friends and have a conversation made up of more than six words. I’m not sure I want to travel totally alone in the future. I think I prefer to share those experiences with someone (there’s a metaphor for life hiding in there, isn’t there?).

But I know that I can do it, and I am proud of myself for trying. 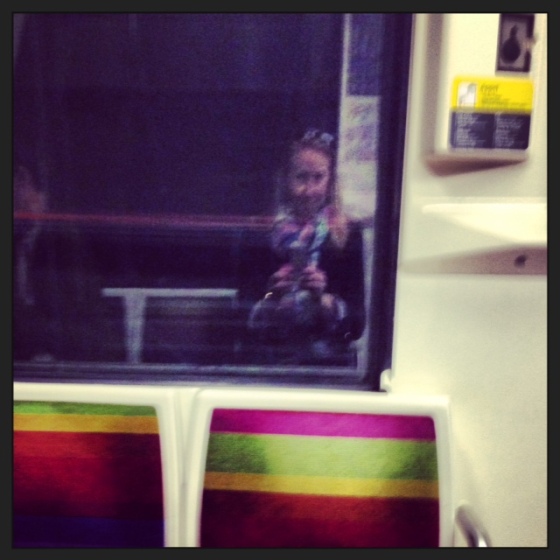 Selfie on the Metro

8 thoughts on “American (Alone) in Paris”