As I mentioned a few weeks ago, I took up Flywheel Boston’s “Summer Challenge,” and a challenge it has been.

In my new-found experience, the thing that sets Flywheel apart from other indoor cycling classes is the technology. Those of you who have taken indoor cycling classes know it’s an imprecise science. You base your effort on perceived exertion, and we all likely lie to ourselves at some point when it comes to exertion. Upping resistance is left to the individual turning a knob to the right, however much they want. RPMs can only be calculated by counting how many rotations your leg makes in ten seconds and then multiplying by six. Seriously. Math while pedaling. 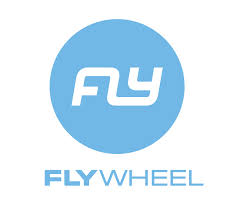 With Flywheel all of this is quantified for you. Your resistance, or torq, is clearly displayed on your bike, your RPMs are also displayed, no need for arithmetic. While this is a godsend for those of us who want to get the very most out of our workout (and proof of it), it can also fuel real competition when your ratio of torq to RPMs gets tabulated into a “Power” number that then ranks you on a large screen for everyone to see.

Don’t get me wrong, I’m not complaining, I covet a spot on the torq board. I usually make a brief appearance at the bottom of the top ten in the opening moment of class, but then I am banished to abyss of 11 and greater none of whom are displayed. But that doesn’t stop me from working my butt off to earn a spot on that darn board.

I’m a competitive person, but if you’re not, maybe you wouldn’t feel this need to push yourself to the point of utter exhaustion to achieve the elusive goal of having your Flywheel user name (while mine is a simple derivative of my name, there are a tons that leverage “sweat,” “fly,” or “Boston”) flash on a flat screen. But if you’re not a competitive person, you likely will not end up a Flywheel devotee.

So what’s up with the torq board? I had a lively discussion about this with friends over dinner. Would I work has hard, pedal as fast, climb the hills as aggressively, if I opted out of the torq board (which you can do when you check in for each class)? The answer is simple: no. It’s human nature to push a little more, run a little faster or pick up the pace if we’re trying to catch someone, or if we feel someone on our heels. If during most group exercise classes you are competing against yourself, at Flywheel you are competing against the person on the bike next to you, or across the room from you.

So each class I work my butt off to try to remain on the torq board throughout the class. Last week I identified my problem: Sprinting. I’m a great climber. Hills are easy for me, I can take on a lot of resistance without much of a problem. Sprinting is another story; I just can’t spin my legs fast enough to get to 100 RPMs. But I’ve been making progress over the course of the Summer Challenge, and this morning I had a break-through! While it was not really a physical breakthrough (it was a strategic one) it yielded the results I had been hoping for.

Today I added more resistance than my teacher suggested; I was playing to my strength. My RPMs were not as high as she suggested, but I knew from experience I was never going to get there anyway. With the added resistances my power number skyrocketed. During the last sprint of the class my eyes were locked on the troq board, stalking the 10th spot, hoping my name would flash up there. It took me a while to realize that my name was already on the screen…in the fourth spot! I was number four, but it may as well have been number one. I finished the class with an overall ranking of ninth in the class. Now full disclosure, the 6:30 a.m. class was not full, but there were at least two dozen people there, 15 of whom I beat (It’s my blog, I don’t have to feign modesty here). And it was a victory of the sweetest–and sweatist–kind.

And the Torq board is not Flywheel’s only technological innovation. Each person in class can also access a report featuring the stats of their rides, so you know exactly what you accomplished and approximately how many calories your burned. So even if you don’t make it onto the torq board, at least you can feel better about those fries you just ate.

While I receive a complementary membership to Flywheel for the Summer Challenge, the opinions expressed above are, as always, my own.

2 thoughts on “Eye of the Tiger”